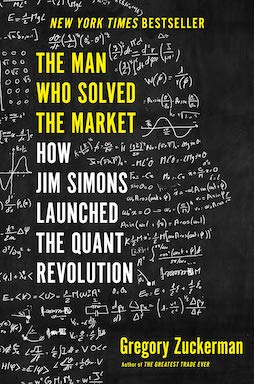 I must admit for the past few months I’ve been thinking about AI and automation in trading. I now have two years of experience in manually working with charts and actively trading it. Therefore, I have started to slowly generate ideas around quant trading and taken notes about it.

There are own pitfalls to quant trading like data mining, curve fitting, over optimization, survivorship bias; everything must be properly backtested first, then put to walk forward analysis, for example. But I feel the topic is something I want to learn more about in 2020.

Gregory Zuckerman recently released a book about Jim Simons called The Man Who Solved the Market. He is not that known to the public in my opinion and he never liked the idea of a book being published about him, but he has actually been very successful. In fact, he has beaten Warren Buffett in the last 30 years by far. How did he do it?

Jim Simons is a mathematician who became a billionaire by running quant trading strategies based on mathematical formulas. The Medallion Fund run by Renaissance Technologies achieved a 66% average annual return before fees (39% annualized after fees) from 1988 to 2018.

The most fascinating story to me in this book was how Jim Simons had many quant trading strategies in mind already in the late ’70s but there was no technology and computational power to actually make it viable. Then in second half of the ’80s opportunities to turn algorithmic trading into reality started to arise and in ’90s the Medallion Fund was already growing rapidly. It was so unbelievable that in the ’90s most traders still thought that letting a computer make trading decisions was an impossible and dangerous venture. But by ’00s Jim Simons had proven this belief to be wrong and more companies started to apply programming and computational power to their trading process.

The story of Jim Simons shows well how human emotions are involved in trading even with the most automated programs. In case of a drawdown, you’re just never sure if the automated trading system is having a normal distribution of losses or the system is ultimately out of sync with the market and it’s time to plug it off. Another example how Simons got nervous during the market decline in December 2018 and almost started panic selling into the bottom. If even a successful trader with 40 years of experience can be caught up on emotions, then this is only to show how tough the trading business can be.

The book doesn’t teach you how to build up your own quant trading business but it’s a great and interesting story about the most successful algorithmic trader. I recommend this book especially to those people who have been also thinking about automating their trading strategies.

The Man Who Solved the Market by Gregory Zuckerman book link