This is a quote from William O’Neil, a market veteran whose bestselling book I recently read. I’m going to publish a review of the book soon. But the title says it all about my approach to trading. If a stock has momentum and is going up, I want to be onboard until it lasts. I don’t need to know about all the “funnymentals” and stuff. It just adds too many moving parts that create more randomness and are hard to quantify.

A year ago today the market was crashing. I was out of my long positions that had fallen to protective stops at the end of February, 2020. The market turn was fast and steep so I had no short positions on. I took the screenshot on 12th of March, 2020. Asia looks even bullish here, but the markets were under heavy selling pressure around the world. I was confident to wait for some signs of diminishing selling before getting back into stocks. 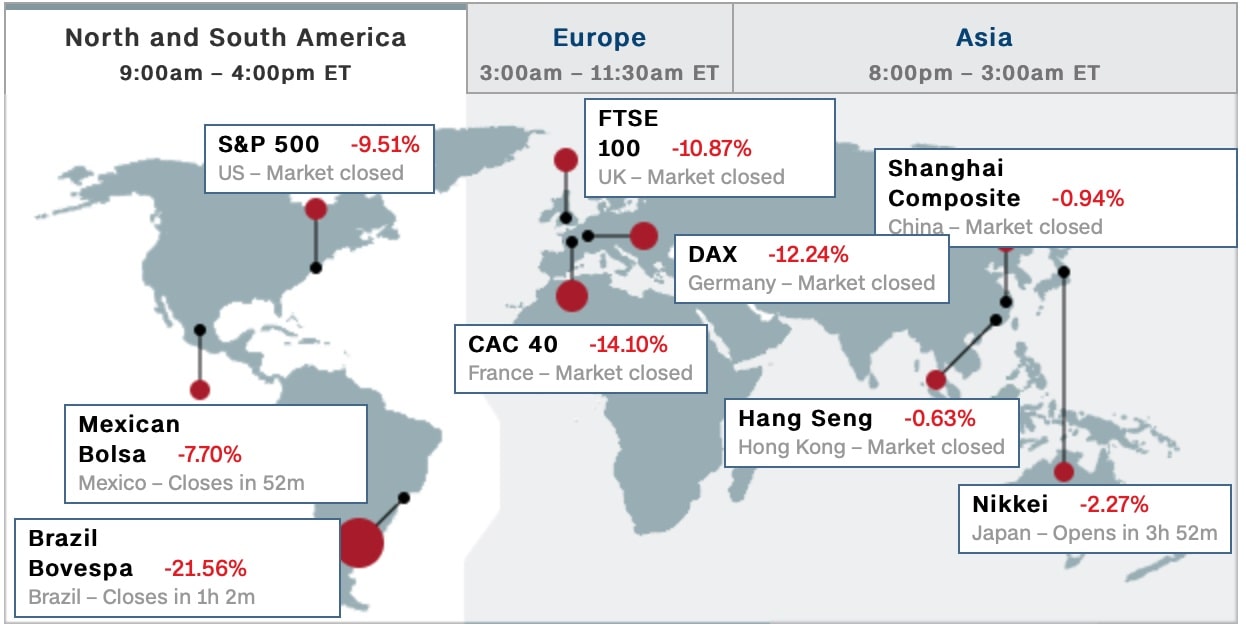 This year started well but the market pullback put some pressure on my trading account at the beginning of March. My open long positions gave back a considerable amount of profits from February and I took a few consecutive small losses from new swing entries. I’ve been following my plan and not letting any emotions make me deviate from it. The market bouncing back this week has recovered some of it and a couple of new swings are now working, too. It’s necessary to be in sync with the overall market and put on risk when the time is right. After consecutive losses it felt uncomfortable to take buy signals but I know I have to take them. I only reduced the size a bit for what felt too much risk to me. I’m still human.

I don’t want to buy falling stocks that probably go against me straight after the entry. I buy stocks that are going up and sell when they start going down. Of course, I don’t get it always right. In fact, even if I get it wrong half the time I still come out ahead, because I let the winnings become 2-3 times bigger on average than the losses.

I never know which trade is going to be a winner and which one a loser, nobody knows it even if they pretend to. All I can do is take small losses and let winners do the work. I can’t control how much I win but I can control how much I lose by position sizing and a stop loss. I’ve learned to enjoy taking small losses because after several of them I can statistically expect that a big winner is just around the corner.